Check out our December Featured Author! 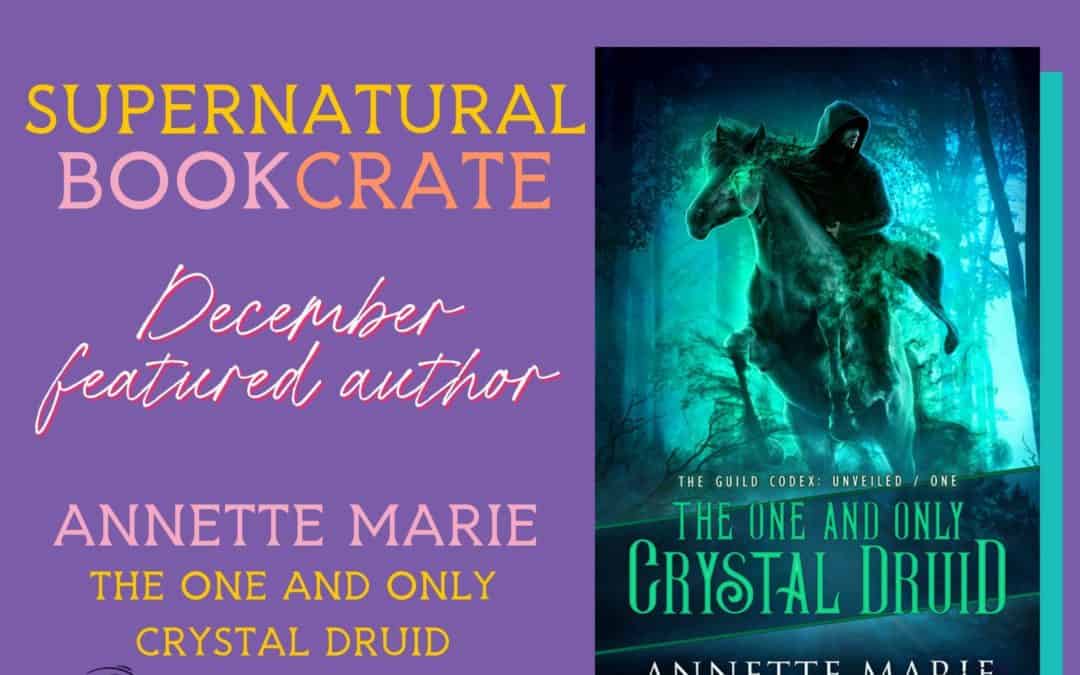 We were so excited when Annette agreed to be our December featured author and have absolutely loved her latest release, The One and Only Crystal Druid!
The pre-order for the December box is live October 20th, 2021 so be sure to pre-order if you want to snag a copy. The official pre-order dates are October 20- Nov 19th with boxes shipping in December. We’re going to do our best to get them out early so they arrive in time for the holidays.

If you’re new to Annette Marie’s Guild Codex world and you want to know more about the book, just keep reading 🙂

I’m not your average girl.
My best friend is my switchblade. My favorite hobby is using it on the cruel, the abusive, and anyone who gets on my bad side. I’m a convicted murderer with a chip on my shoulder and a dangerous lack of restraint.

And then there’s Zak.
His rap sheet makes mine look tame. The bounty on his head is worth more money than I’ll ever make, and the deadly fae that shadow his every step wield more power than I’ll ever know.

He’s the Crystal Druid, and his first mistake was setting foot on my turf.
His second was saving my life.
And his final mistake will be failing to realize that however dark, however ruthless, however broken he is…
I’m worse.

—
From the author of the best-selling Guild Codex books comes a new series that delves into the dark, dangerous world of druids and fae alongside two ravaged souls who may be exactly what the other needs…if they don’t destroy each other first.
Unveiled can be read as a standalone series or in conjunction with other Guild Codex series. For the full reading order, visit Annette Marie’s website.

Bookish Buys is a female, minority owned book shop. Our goal is to highlight and promote independently published authors and help our readers discover great books!

New in the Shop!

FREE SHIPPING ON ALL U.S DOMESTIC ORDERS. AND YES! WE SHIP INTERNATIONAL! Dismiss